The 8 Types of intelligence

Intelligence is a hard concept to fully grasp, even if researchers have been studying it for more than a century now. One of the most debated topics in the field of intelligence is precisely what the concept entails and if there are more types of intelligence than those psychologists tend to focus on. 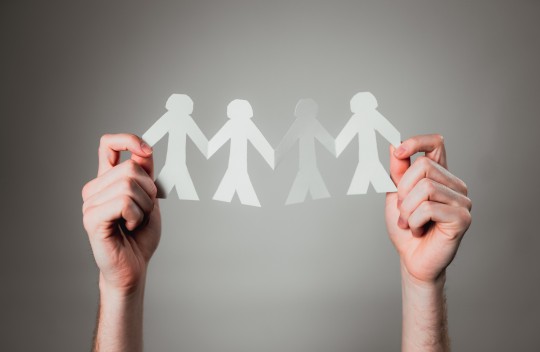 The theory of different types of intelligence

Howard Gardner was the first development psychologist to put forward the theory that there are different types of intelligence. Prior to his research (and still nowadays in many fields of study), intelligence was only associated with logical-mathematical cognitive skills.

According to him, it is not correct to say that someone is more intelligent than others simply because they possess a higher level of logical reasoning and feel comfortable dealing with numbers. It only seems so because that is what most IQ and intelligence tests are focused on evaluating.

For instance, take a linguist who specializes in deciphering ancient languages, but is terrible with numbers. His work requires a high degree of logical reasoning, language knowledge, and both inductive and deductive reasoning. However, because he is bad with numbers, he might be considered less intelligent than someone who lacks any of his other skills but can easily play around with digits.

This incongruence is one of the many questions addressed by Gardner in his book “Frames of the Mind: The Theory of Multiple Intelligences”, from 1983. The American psychologist defends that it is impossible to judge someone’s intelligence by considering only one or two factors. He also believes that the traditional psychometric methods of measuring intelligence are too narrow and unable to take in all the abilities a person might possess.

In his book, he suggested that there are, in fact, 7 types of intelligence (plus an 8th added later).

People with developed bodily–kinaesthetic intelligence have good body and mind coordination, and a good sense of timing. They also possess good fine and gross motor skills, which often translate into the ability to use their hands to transform elements.

Additionally, they are also very aware of the goal of a physical move or action which gives them the ability to easily train responses.

As the name already hints at, individuals with a high degree of interpersonal intelligence are particularly good at interacting with other persons.

They find it natural to read people and social situations and can easily pick up verbal and non-verbal cues in any interaction. Due to this, they display particularly good skills at understanding and inferring someone’s mood and temperament, and at adapting their own behavior, plans and strategy accordingly.

They also tend to enjoy debates and discussions and to be good at teamwork.

The individuals are normally good in careers that involve interacting with others, be it because they easily empathize with them (teachers, psychologists, social workers) or because they find it easier to read people and adapt their discourse to achieve their goal (politicians, salespersons).

Intrapersonal intelligence refers to the ability to understand oneself (as opposed to interpersonal intelligence in which the focus is on understanding others). Individuals with a high level of this type of intelligence are aware of their feelings, thoughts, and emotions. They understand why they are thinking or feeling in a certain way, detect what may or may not be triggering it, and predict their own reactions in different situations.

This conscious self-knowledge allows them to clearly understand their weaknesses and strengths to set personalized strategies and plans accordingly whenever they want to achieve a goal.

Linguistic intelligence has increasingly become more valued in the fields of psychology and psychometrics. In fact, most IQ tests, regardless of the system of evaluation applied, normally have a section devoted to trying to measure this type of intelligence.

It refers to the cognitive ability of thinking and expressing oneself through words. Individuals with a high degree of linguistic intelligence have the skill to easily find the words and adapt their speech in such a way that they can easily be understood and convey their message, beliefs, and opinions.

They tend to be good at and be drawn to activities such as reading, writing, and learning new languages. As a result, they are also typically good at memorizing words and things in general, using strategies such as mnemonics.

This type of intelligence is often confused with the concept of intelligence overall. The reason may lay in the fact that it involves different important cognitive skills, such as critical, logical, and abstract thinking, reasoning, problem-solving skills, and the ability to understand and express systems and elements through numbers.

The more developed it is, the easier it becomes for individuals to infer, deduct, or understand the underlying principles of a system of cause and effect. They tend to be good at planning, structuring, and applying processes in a logical manner.

Individuals with a developed musical intelligence are more sensitive to sounds, rhythms, tones, melodies, timbres, and pitches. They find it easy to memorize tunes and rhythms and to detect subtle noises and sounds that others may not even be able to hear.

They are normally good at singing, playing instruments, composing, vocal coaching, and other careers related to music.

Together with the logical-mathematical and linguistic, Spatial intelligence is one of the most studied types of intelligence. It refers to the ability to see with the “mind’s eye” and consider things in three dimensions.

People with a high spatial intelligence can easily create a mental 3D picture of an object or image, and mentally move it and shift it to perceive different perspectives and which changes would occur in the physical world. They are typically very creative and are normally good at careers related to architecture, design, and map reading.

This type of intelligence was not included in the first 7 published by Gardner. It was only proposed by the author in 1995, to encompass the individuals who seem particularly sensitive to the environment and changes in nature.

They can easily recognize and interpret changes in the fauna and flora and are able to use this information productively, be it through farming, gardening, hunting, or in biological science, for instance.

Gardner’s proposal of the existence of different types of intelligence was seen as a breakthrough in psychology, particularly among teachers and social workers who found in it a good guide to better understanding children and their potential.

Nevertheless, his theory is still debated and refuted by many researchers nowadays as many types are solely based on empirical evidence and cannot be tested scientifically.

5 Types of brain puzzles for kids and adults
Spatial intelligence: what is it and how to improve it
The Stanford-Binet test
Why are some people smarter than others?
What is the average IQ score?
What is intelligence?
Deductive vs Inductive Reasoning
9 signs of intelligence in a person
How to increase your IQ
7 Celebrities with a high IQ
Share with your friends