Spatial intelligence: what is it and how to improve it

Spatial intelligence is part of the multiple intelligences, a concept created by the American psychologist Howard Gardner. Given the difficulty in defining intelligence for its complexity, Garden proposed an approach in which he divides it into different dimensions that are interconnected but have specific characteristics or skills associated with them that can set them apart from one another. In the case of spatial intelligence, the psychologist identifies it as the ability to see with the “mind’s eye” and create a 3D world inside our heads. 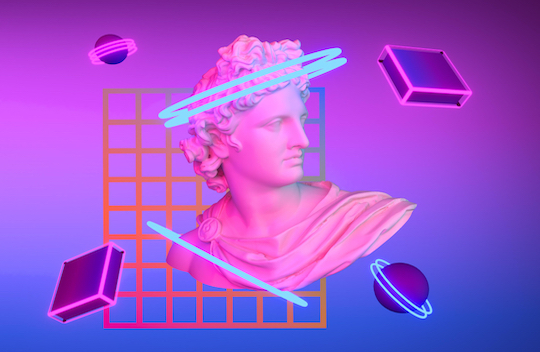 What is Spatial Intelligence?

Spatial intelligence refers to the ability to create, transform, rotate, control, shape, and modify a mental image as well as the ability to see it and interpret it when observed from different perspectives. In other words, it is about the capacity to create a 3D image, be it an object, a room, or a system, in our heads and fully manipulate it by introducing changes and predicting outcomes.

To explain such ability, Gardner gives the example of Nikolas Tesla who admitted that could create such vivid and detailed images of every part of a machine in his mind that the inventor would forgo the need for drawings or formulas.

This type of intelligence tends to be more developed in people from sectors such as engineering, arts, and sciences, as these are areas in which it is more difficult to translate problems into words or even mathematical formulas. On the contrary, individuals from linguistics and music find it harder to use this intelligence because they give preference to other types of reasoning and activities that do not force them to use this type of thinking.

How is it different from visual-spatial intelligence?

Visual intelligence implies the presence of a physical stimulus that is then transposed into a mental image. For example, when solving a visual-spatial intelligence test you are exposed to images of 2D or 3D objects and must manipulate them to find the solution for the question.

In his theory of multiple intelligences, however, Gardner defends that even if visual and spatial intelligence greatly overlap, they cannot be considered the same thing. Visual intelligence always implies the existence of physical stimuli (e.g., an object) while spatial includes the ability to create a mental image out of nothing. To explain his position, the psychologist gives the example of blind people. They can create mental maps in their heads to navigate the streets or be sculptors, for example, without having ever been exposed to visual stimuli.

As such, Gardner considers that visual perception can be interpreted as one of the abilities of spatial intelligence, together with the ability to create, transform, etc., mental images. He considers it as such because all these abilities are interconnected and improving on one affects the others.

When do we use it?

We tend to use this dimension of intelligence to solve problems in which we cannot physically manipulate the reality or objects nor predict the outcomes of manipulating them before doing it.

Sculptors and painters envision their creations in their minds before translating them into reality, for instance. Likewise, the ability to read a map or understand a blueprint and imagine the reality they describe is also related to spatial intelligence.

However, a problem may be solved through other reasonings or using other types of intelligence. It is more of a case of an individual’s natural preference. In his book “Frames of Mind”, Gardner lays out a simple example. Imagine that you fold a paper sheet in half, and then fold it twice more in half. How many squares would you get in the end?

To answer this question you may create a mental image of yourself folding the paper and count how many squares you form during the process. But you can also simply solve the problem using a mathematical formula: 2+2+2 or 2*3.

Examples of uses of Spatial Intelligence

All humans have and use their spatial intelligence in their daily lives, with more or less frequency. Artists, scientists, and engineers may use it to a higher degree and have it more developed because they give preference to this type of reasoning when solving problems, but we all put this type of intelligence to use even in mundane situations.

For example, when a person is reading or writing, they are actively using spatial intelligence. They are picturing the story in their minds, “creating” the worlds and people described, and they “see” them walking around different environments, interacting with objects, and talking to other people. The reader or writer is creating a world out of nothing, just as Gardner put it.

When doing jigsaw puzzles you are also employing spatial reasoning. While sorting the pieces, you keep at all times the image of the final picture in your mind and you analyze each piece according to its probable position on that mental image.

Another clear example of the use of spatial intelligence is when you navigate through your house in the dark. Memory plays an important role in remembering the placement of all objects and rooms but is the spatial reasoning that gives you the ability to gauge the distance between the objects, and that lets you know instinctively where a door or an object is or when to reach your hand to it. You can do it because you have a mental 3D map with all that information in your mind.

How to improve Spatial Intelligence

Assembling jigsaw puzzles, even online ones, can be a good spatial reasoning training, just like building LEGO, challenging a Rubik’s cube, or playing virtual 3D games like Minecraft.

Doing origami or playing chess are also good options. So it is reading, creating stories, even if just in your head, or picturing situations such as conversations or things that you want/will do. For example, when writing your shopping list you can picture yourself walking into the store, going through the aisles, assessing the products, etc.

You can also explore unknown places using a map. Flying drones or plane models are hobbies that can help you improve your spatial intelligence too.

Other fun and enhancing activities include painting, sketching, drawing, and photography.

Another direct way of improving your spatial intelligence is by doing exercises or reasoning tests targeting it. These could include verbal questions that you need to solve by creating a mental image, or exercises with 2D and 3D images that ask you how a certain object would look if rotated, seen from a different perspective or when a change is introduced to it.

Practice makes perfect, after all, so the more you train your spatial skills in any way, the better you will be at using them. 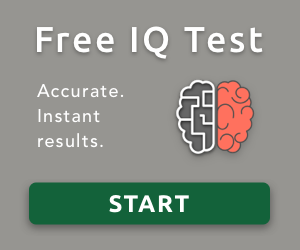 5 Types of brain puzzles for kids and adults
The Stanford-Binet test
Why are some people smarter than others?
The 8 Types of intelligence
What is the average IQ score?
What is intelligence?
Deductive vs Inductive Reasoning
9 signs of intelligence in a person
How to increase your IQ
7 Celebrities with a high IQ
Share with your friends